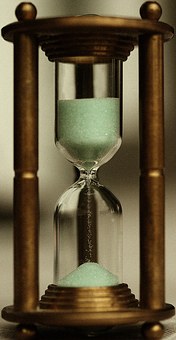 I’m not a fan of surprises, but life has a way of jumping out from behind the curtain like a room full of people at a birthday party and scaring you half to death. At unexpected or traumatic times we think about the things lying unfinished in our lives; whether it’s business, unfinished manuscripts or expressions of love.

Currently, I’m working on a short story collection (coming out soon, I hope), two novels, and a memoir. I haven’t pushed to get these completed. Like many people, I believe I’ll have plenty of time to get things done. But, time is elusive and slips through our fingers like sand in an hourglass.

I don’t expect to rock the literary world with the stories and novels on my computer. I simply want to leave a tiny fragment of myself to those I leave behind and a small reminder to the world that “I was here.”

The only thing we have in our control is what we do this moment, this hour, this day. I’m trying to get my words out and pray when I leave this earth not only will my manuscripts be finished, but more importantly, my loved ones will know they were loved, appreciated, and my inspiration to write – those are the words that shall not be left unsaid or unfinished.

What about you? Do you have unfinished business?

I’d love to hear your comments. Talk to me. Tell me your story and look for me on Facebook at SheilaMGood,  Pinterest,  Bloglovin, Twitter@sheilamgood, Contently, and Instagram. You can follow my reviews on Amazon and Goodreads. 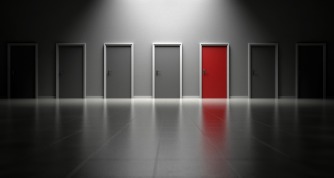 I’ve followed politics since my thirties but never as fervently as I have since 9/11. I remember the long, months after the terrible terrorist attack on our country.

As a nation, we were grief-stricken, angry, and scared, but everyone came together; race, ethnicity, or gender never entered our minds. Although shaken, we were united as one nation, determined to survive and come out stronger. And, we did – for a while.

Unfortunately, we didn’t stay united. Over the last eight years, our nation has become more divided than ever – people of all races, ethnicities, gender and economic status are being pitted against each other. Jobs have been lost, cities decimated, crime has increased, and in some areas, is out of control. Instead of pulling together as a nation, we’ve allowed anarchy.

Universities and our schools have turned into kindergartens, catering to overly sensitive students who, unable to handle differing points of view, demand “safe places.” Rather than teach critical thinking, we’ve allowed the grievances of some turn into riots and lawlessness – calling it free speech. We accept excuses rather than discipline and allow people to throw out labels like confetti, rendering others silent.

Today, even our law enforcement must not only defend themselves on the job but also for doing their job. And, before someone gets offended – I get it – sometimes the police get it wrong, really, wrong – so don’t start. As imperfect as it is, we have a justice system – let them do their job.

People rage about inequality, but no one is willing to step up, lay responsibility where it belongs, make the necessary changes or hold the lawless accountable; including those in high places who believe they’re above the law.

We are in a dilemma. Change is never easy and when it happens not everyone will be happy.  An amazing number, 66% of the country, believe our nation is headed in the wrong direction; so, what are we going to do about it?

Stick with the status quo or make a change? We are on the precipice of which I believe there is no return.  We are, indeed, in a dilemma, my friends.

Personally, I’ve had enough of the status quo. Choosing change may make us nervous, but I’ll take my chances. 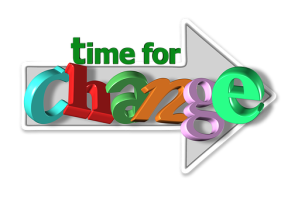 I’d love to hear your comments. Talk to me. Tell me your story and look for me on Facebook at SheilaMGood,  Pinterest,  Bloglovin, Twitter@sheilamgood, Contently, and Instagram. You can follow my reviews on Amazon and Goodreads.