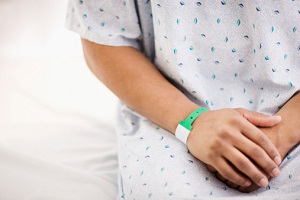 The sound came from far away reaching deep into her dreams. She twisted underneath the covers and listened for the disturbing sound. A frown creased her brows.

There it was again – louder. The temperature in the room rose. She tossed from side to side and kicked at the covers. The chilly night air mingled with the sweat covering her body. The sound grew more frantic. She groped for the comforter and pulled it to her chin, shivering.

A whimper escaped her lips. Oh my, God. It was the baby. Get up, get up. Her heart pounded against her chest as the cries tore at her heart. Kicking the covers to the floor, she called out, “I’m coming.”But, she couldn’t move. She thrashed against the force keeping her in place.

“Honey, wake up, wake up.” The firm touch and steady words of her husband broke through the fog, and she opened her eyes.

“You’re having a nightmare,” he said.

“Let me go,” she said pushing at his hands. “The baby’s crying.”

He held her in place. “Look at me, look at me.” She stopped struggling and turned to him. He shook his head, no. “It was a nightmare.”

Tears flowed from her eyes. “It was real. The baby was crying. I heard it.” Her whispered words faded into the night.

He pulled her to his chest.”I’m so sorry, honey.”

“Oh, God. What did I do?” Choking sobs filled the silent room.

4 thoughts on “The Recurring Nightmare”