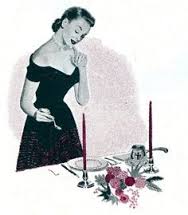 Sybil placed the dinner plates on the table and prepared his coffee the way he liked it, with a shot of bourbon.

The king of the house, as he called himself, demanded a three-course meal, on the table at six sharp, bourbon coffee, and total silence for the first hour.

She mixed the crushed tablets into his potatoes, covered them in gravy, and stirred an extra helping into his coffee.

She helped him to the sofa when he complained, tidied the kitchen, washed the dishes, and waited.

When daylight returned the king was dead, Sybil free and the silence, golden.

100 Word Challenge for Grown Ups – Week#172  prompt this week:  …when the daylight returned the king was dead…

6 thoughts on “Dinner on Demand”