Day 11 of the My 500 Words Challenge! Write a letter or appeal, something that persuades your reader to join the cause, take sides with your movement, or simply try something new.” 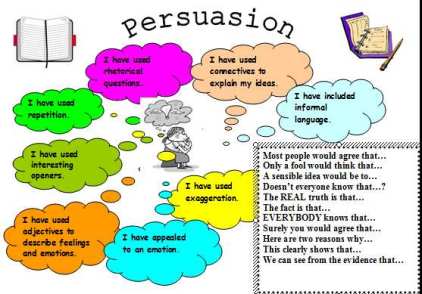 “Persuasion is human communication designed to influence the autonomous judgments and actions of others.

I hesitated to do this prompt because of the climate of disagreement prevalent in our society these days. I won’t go into the issues, we all know what they are, but to say there is division between opposing groups is an understatement. The biggest reason for that division is spin, influence, manipulation, or more accurately the art of persuasion.The media tell us there’s a consensus regarding these issues, but is that true?

So, for this challenge, I’m not going to try and persuade anyone about anything. In this red-hot societal climate, I’d be rowing upstream without a paddle. Instead, let’s talk about how we are persuaded.

Think you’re an independent thinker? Think again; with the massive presence of social media, we’re anything but free thinkers. Not yet persuaded? Consider the following studies. Not all persuasion is wrong, but being able to tell the difference between gentle persuasion and manipulation is important.

In his book, Influence: The Psychology of Persuasion,Dr. Robert Cialdini’s Regents’ Professor Emeritus of Psychology and Marketing at Arizona State University, shares six basic psychological principles used for persuasion. I’m sure when you think about it, you’ll recognize these behaviors of influence.

1. Reciprocation – To respond to (a gesture or action) by making a corresponding one. Example: Your co-workers surprise you with a gift for your birthday. When you receive a request to contribute a donation to buy a gift for another co-worker’s birthday, you reciprocate, even if you don’t care for the person. After all, she contributed to yours. You reciprocated with a donation, but you were persuaded  by a sense of obligation. I imagine you can think of other examples where this plays out day-to-day. We’ve all been invited to a friend’s Tupperware, jewelry, or a cookware party where everyone in attendance bought something. Were you the lone individual who didn’t buy an item? Doubtful.

2. Scarcity – The state of being scarce or in short supply. You’ve heard the old saying, We always want what we can’t have. How many times have we read in the paper or an on-line news account of a store closing or product being discontinued? What happens next? The sales skyrocket because the product or service has become scarce.

3. Authority – The power or right to give orders, make decisions, and enforce obedience. A person with extensive or specialized knowledge about a subject; an expert.  The power to influence others, especially because of one’s commanding manner or one’s recognized knowledge about something. We routinely accept the word of a person or organization, we rarely question experts; think doctor.  We don’t go to see a dentist for a heart problem. Likewise, we seek out an attorney specializing in the particular type of law, we require; think divorce or criminal. Jurors listen, believe, and trust the testimony of “experts” when rendering their verdict. The media knows this and makes use of it on a daily basis. Think political campaigns. Information disseminated by the media, in most cases, is perceived as accurate, even when it proves otherwise.

4. Consistency – Conformity in the application of something, typically that which is necessary for the sake of logic, accuracy, or fairness. We hear, all the time, in discussions of parenting or pet training for that matter, consistency is the key. By nature, we humans like things which are consistent. For example, once we take a stand about something, we strive to maintain the same position when faced with similar situations or actions. It’s called the “Rule of consistency.”  In 1960’s, two psychologists,  Jonathan Freedman and Scott Fraser conducted a study on the “foot in the door technique.”  What the study found is people prefer to do things the same way every time. Simply put, being consistent makes life easier. If you donate to March  of Dimes, once; you will donate again.

5. Liking – A feeling of regard or fondness.  We like people who give us compliments,  are similar to us and are cooperative. To those individuals, we respect their opinions and tend to listen. Think co-workers, best friend, parents or a supportive spouse.

6. Consensus – General agreement. People look to others to determine how they should behave. The best examples to date include our latest societal issues, which I don’t intend to discuss in this post, perhaps another day.  When you understand the principles most often used in persuasion, know which buttons to push, which angles to play, and  appreciate the power of words, persuasion is easy. Everyone uses these principles whether it’s a conscious decision as with journalist or unconscious because we want what we want. The difference lies in our knowledge base, value and our aim.

The use of persuasion is not all bad; sometimes it’s helpful, but make no mistake, it’s also manipulative. So, the next time you espouse being a free-thinker, take a second look. Pay attention to who’s doing the persuading, what principles they’re are using and their end game. When you get the feeling, ” I’m being manipulated,” chances are, you’re correct.

I’d love to hear your comments. Talk to me. Tell me your story. And as always, you can follow me on Facebook at SheilaMGood and  Twitter @cofcmom.